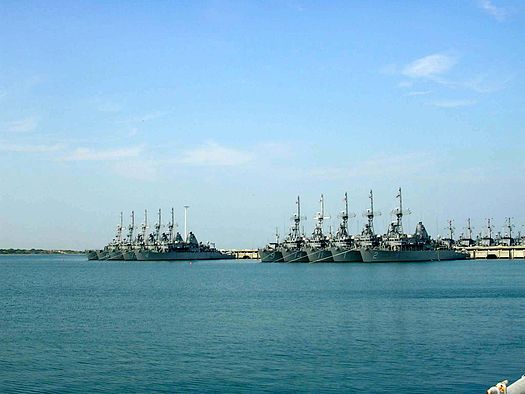 Ingleside reborn after 2010 base closure

By Chris Ramirez of the Caller-Times
May 02, 2016
​
Contributed photo Port officials sold the former Naval Station Ingleside pier to Flint Hills for $8.5 million.

INGLESIDE — Word about Pam Sliva's chicken spaghetti has gotten out.
Food orders at the Crazy Monkey Cafe, the tony sandwich shop she co-owns in Ingleside, pile up after 11:45 a.m.
The cheesy delicacy is Thursday's lunch special. It tends to draw all kinds of customers — from businessmen, to soccer and tee-ball moms to blue-collar energy workers with hard hats tucked under their arms.
"We can get slammed some days," Sliva said. .
"But it's good to be busy."
The days of businesses like Sliva's turning a profit in this town were supposed to be over after 2010, the year Naval Station Ingleside closed.
Naysayers, including economists and even local business leaders, had verbally written the town's obituary. There was little to save this city of 9,600 that hugs the north side of Corpus Christi Bay, they said.
But they were wrong.
"We got lucky. This was supposed to be a ghost town," said Niki Shugart, president of the Ingleside Chamber of Commerce. "They were all talking gloom and doom. And it was easy to believe."
Key to Ingleside's survival, so far, has been finding new tenants for the naval station property.
Ones with deep pockets.
Two energy companies — Flint Hills Resources and a subsidiary of Occidental Petroleum — purchased the former minesweeper base and moved in. They brought thousands of jobs, ideas for massive energy plants and millions of dollars in payrolls with them.
They were the jump-start the city needed.
To get an appreciation for how big a bullet Ingleside has seemingly dodged, consider the economic climate in the Coastal Bend at the time of the base went away:
The recession — Texas survived it better than most states, but was not completely unscathed. Unemployment in the area hovered near 8 percent in 2008. By 2010, the Corpus Christi metro area, including Ingleside, had begun to recover, regaining most of the 2,600 jobs it lost the previous year. "A lot of people didn't think we'd ever come back ... after the base closed," Shugart said.
Eagle Ford was still new — the massive energy play's potential hadn't yet been fully realized. Only 26 Eagle Ford drilling permits were issued in 2008, the year exploration there began. Last year, 5,613 Eagle Ford drilling permits were issued, according to the Texas Railroad Commission, which regulates in the industry in the state.
CLOSURE MEANT EXODUS
The naval station was awarded to Ingleside in 1987. The base became operational in 1992.
Ingleside had been transformed from a small, quiet bayside town into a boomtown.
Quickly.
Its population jumped roughly 50 percent between 1993 and 2000, and hit a high of 10,561 residents in 1999.
Large apartment complexes and hundreds of single-family homes began to mushroom around town.
They had to. More than 3,000 military personnel and civilians worked at the base in its heyday.
"We had people from all over the world, speaking different languages," said Troy Mircovich, superintendent of Ingleside's school district. "We were growing and becoming a more diverse community, and it was awesome to see."
That changed in 2005, when the Federal Base Realignment and Closure Commission, or BRAC, voted to close it. 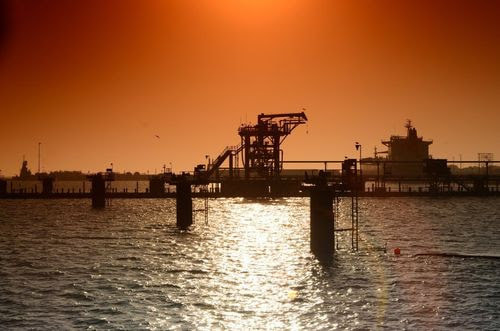 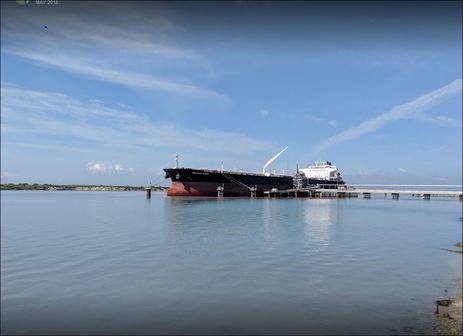 Flint Hills Resources Plans Ingleside Expansion
New storage tanks and loading capability will add capacity by October 2019
September 04, 2018 10:51 AM Eastern Daylight Time
INGLESIDE, Texas--(BUSINESS WIRE)--Flint Hills Resources announced today plans to expand storage and outbound crude loading capacity at its storage terminal in Ingleside, Texas to approximately 380,000 barrels per day.
The project currently consists of construction of four new crude storage tanks, 60,000 barrels per hour of total loading capability, plus the associated pumps and piping. The expected in-service date for the project is October 2019 subject to state permitting approvals. When the project is completed, Ingleside will have a total crude storage capacity of approximately 3.5 – 4.0 million barrels.
Currently, the Ingleside terminal utilizes two docks, including one that supports loading of Suezmax-size vessels. Flint Hills Resources is also evaluating a separate project that would allow it to load “VLCC” or Very Large Crude Carrier-size vessels in the future.
In addition to the Ingleside terminal expansion, Flint Hills Resources plans to build connections to the recently announced crude pipelines coming from the Permian Basin.
About Flint Hills Resources
Flint Hills Resources is an industry leader in refining, chemicals, and biofuels and ingredients, with operations primarily in the Midwest and Texas. Its manufacturing capability is built upon six decades of refining experience, and the company has expanded its operations through capital projects and acquisitions worth more than $15 billion since 2002. Based in Wichita, Kansas, the company has more than 4,500 employees and is a wholly owned subsidiary of Koch Industries, Inc.
Flint Hills Resources’ subsidiaries produce and market gasoline, diesel, jet fuel, asphalt, ethanol, biodiesel, olefins, polymers, intermediate chemicals and base oils. They also produce distillers corn oil, distillers grains and fertilizers.
Flint Hills Resources’ refining business operates refineries in Minnesota (Rosemount) and Texas (Corpus Christi), with a combined crude oil processing capacity of more than 600,000 barrels per day. Its petrochemical business includes production facilities in Illinois (Peru and Joliet) and Texas (Corpus Christi, Houston, Port Arthur and Longview). Its asphalt business produces and markets product in the Midwest. The biofuels business operates ethanol plants in Georgia (Camilla), Iowa (Arthur, Fairbank, Iowa Falls, Menlo and Shell Rock) and Nebraska (Fairmont) that have a combined annual capacity of 850 million gallons of ethanol, and a biodiesel plant in Beatrice, Nebraska, with an annual capacity of 50 million gallons of biodiesel.
Flint Hills Resources also owns or operates more than 4,000 miles of pipelines that transport crude oil, refined petroleum products, natural gas liquids and chemicals. More information at www.fhr.com.
ContactsFlint Hills Resources
Andy Saenz, 361-242-8772
103 FM 1069, Ingleside, TX 78362
https://www.fhr.com/
​ 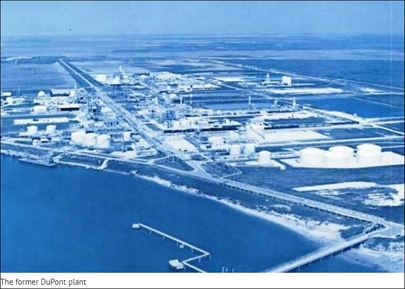 Chemours plans $230 million expansion in Ingleside
 
The former DuPont plant
By Chris Ramirez of the Caller-Times
May 02, 2016

The Chemours Co. will spend $230 million the next three years to expand its facility in Ingleside to produce a refrigerant required in European cars.
The former DuPont plant is located on 600 acres along the banks of the LaQuinta Channel. It's here that Chemours, which spun off from DuPont in July, plans to triple the capacity of its Opteon products, a strategy its officials believe enable it to capitalize on growth opportunity.
"The Corpus Christi area has been an important location for our business, and the facility to be constructed here will ensure this site will continue to be a strategic one for Chemours," said Bob Barger, plant manager of Chemours' Corpus Christi site. "This decision reflects the strong contribution that has been made by employees at the Corpus Christi site over time."
Chemours hopes to break ground on the facility in the third quarter this year, though it still needs an air permit from the Texas Commission on Environmental Quality, Barger said. The plant is expected to be open by third quarter of 2018.
The company is the world's largest producer of titanium dioxide, which is used for coatings, plastics, laminates and paper. It also makes fluoroproducts, such as refrigerants and industrial fluoropolymer resins that require liquefied natural gas for production.
Experts have long speculated the Eagle Ford Shale energy play is the resting place of about 20 trillion cubic feet of natural gas. LNG has been viewed as a strong export alternative to crude, whose prices have sputtered the last 22 months.
Barger told the Caller-Times in an interview that expanding the plant's the capacity now will enable Chemours to meet growing customer demand. The company estimates that 40 million cars using the chemical refrigerant HFO-1234yf will be on the road by end of 2017, growing to 140 million by end of 2020. Many European countries already have mandated the chemical for cars on their roads.
"The demand is about to skyrocket," Barger said. "We want to be ready when it does."
Twitter: @Caller_ChrisRam

 
About Chris Ramirez
Chris Ramirez is the Business reporter for the Caller-Times and is the team leader for our Energy Effects coverage. 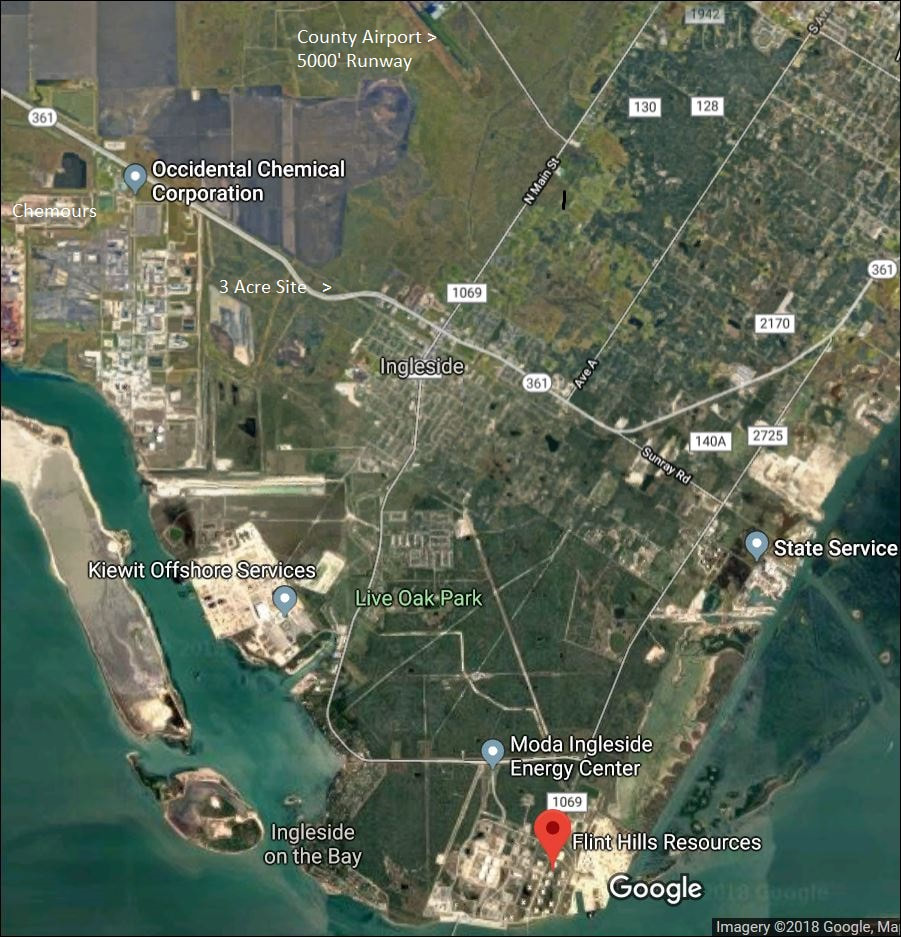 Need to come in on business? Don’t want to deal with bogged-down airports? Whether you travel to the county for business in our energy, manufacturing and chemical sectors, or for our great freshwater and saltwater fishing, San Patricio’s two county airports can get you here. County airports offer a spectrum of stress-free access to courtesy cars, available hangar rental space and aircraft maintenance shops. Both airports have Jet A and 100 LL fuel for purchase. All you have to do is fly in, tie down and hit the town!
​
​
​Corporate customers include: Kiewitt, Gulf Marine, Cheniere, Chevron USA, Exxon Mobile and Anadarko.
Contact: Jeremy Hintz, Skye FBO, (361) 758-2000, Website: http://skyefbo.com

3 one acre tracts of land. Flat and buildable. Zoned L-1 Light Industrial (Includes all C-2 uses.)See Zoning details with permitted uses in attachments below. Occidental Petroleum (Oxy) bought part of the Ingleside Naval Base port after it closed and then sold the deep water port and pipelines running to the Permian Basin to Moda Midstream out of Houston for $2.6 billion. Flint Hills purchased another portion of the naval base. This activity has spawned, according to a local appraiser, so much activity in the sale of 100 acre plus industrial tracts that he cannot keep up with them. Hotels have sprung up all around and adjacent to this site. Water and sewer are available to the site. Some engineering and construction are required for the sewer connection and the seller will give a mutually agreed credit for the cost at closing. Ask for details. This is the best small tract near the deepwater port with water and sewer available. Your offer on this site will be expedited for a quick closing. Flint Hills Resources, Kiewit Industries, Chemours, Occidental Petroleum (Oxy) and Moda Midstream surround this site. These are the prime retail or business sites with utilities available. Zoned L-1 Light Industrial which includes C-2 General Business uses. This is your site. Preliminary discussions have already commenced with the city and an engineer. We will support you for an expedited closing
​Area Interests:
Distances are displayed to the nearest 0.1 mile and kilometer.
Aransas Pass Aquatic Center - 7.3 km / 4.5 mi
Rialto Theater - 8.9 km / 5.5 mi
San Jose Island - 19.6 km / 12.2 mi
University of Texas Marine Science Institute - 21.6 km / 13.4 mi
Leonabelle Turnbull Birding Center - 21.7 km / 13.5 mi
Port Aransas Nature Preserve at Charlie's Pasture - 22 km / 13.6 mi
Mustang Island - 22 km / 13.7 mi
IB Magee Beach Park - 22 km / 13.7 mi
Horace Caldwell Pier - 22.2 km / 13.8 mi
North Beach - 23.5 km / 14.6 mi
Texas State Aquarium - 24.5 km / 15.2 mi
USS Lexington Museum on the Bay - 24.7 km / 15.3 mi
Newport Dunes Golf Course - 25.8 km / 16 mi
Port Aransas Beach - 26.1 km / 16.2 mi
One Shoreline Plaza - 26.7 km / 16.6 mi
The nearest airports are:
Rockport, TX (RKP-Aransas County) - 33.7 km / 21 mi
Corpus Christi, TX (CRP-Corpus Christi Intl.) - 40 km / 24.9 mi
This info compliments of Quality Inn Ingleside (adjacent to subject). 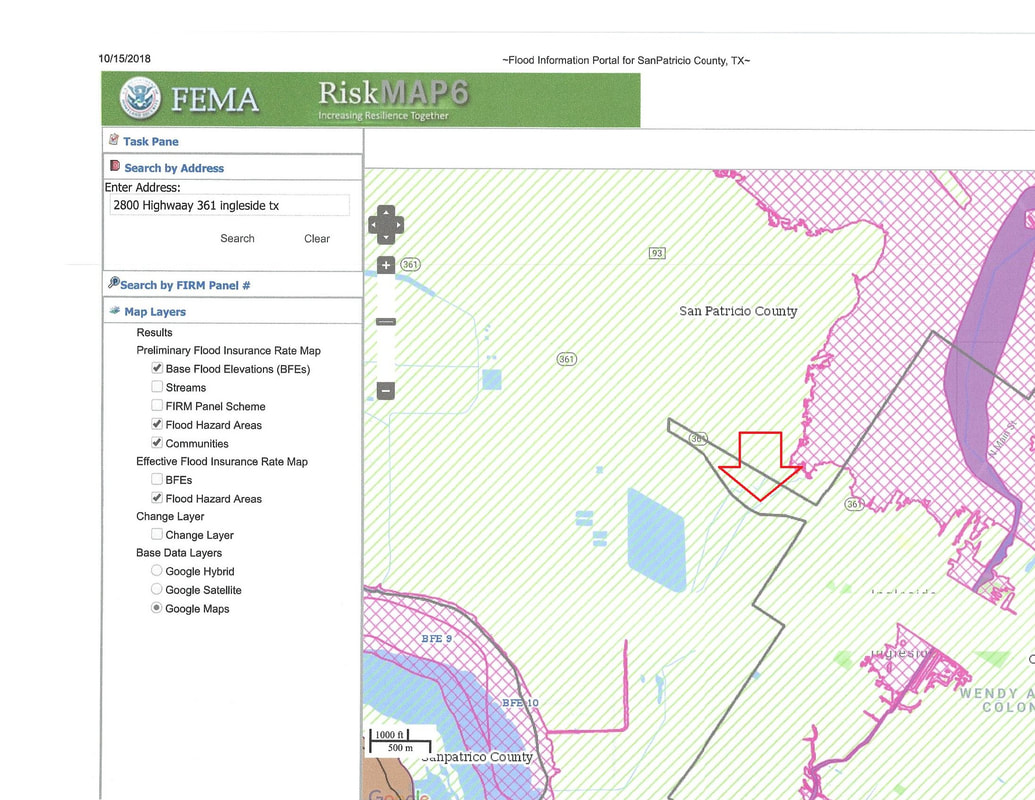 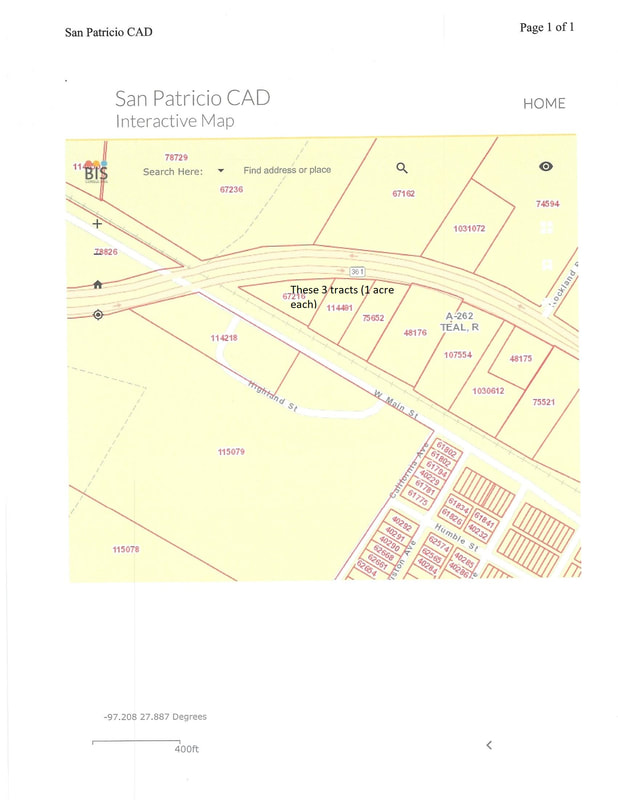